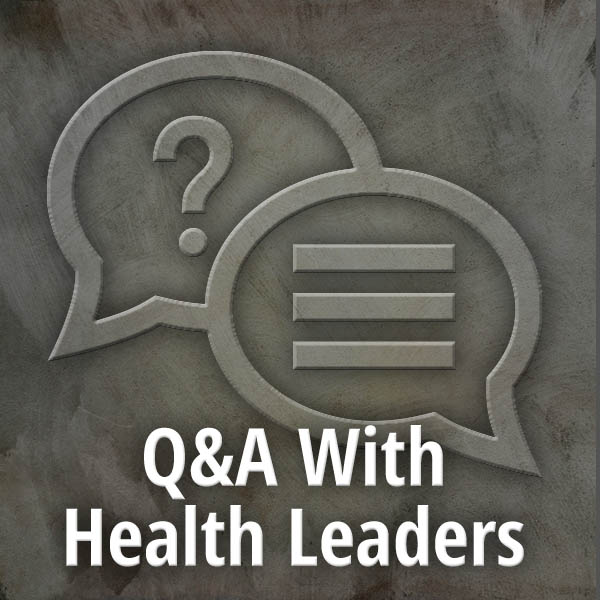 MD-UPDATE: Tell us about yourself and your professional background.

MILLER: I had a circuitous background before I came into medicine. I went to graduate school and got a masters and PhD in experimental psychology. I did research and then went into the Navy during the Vietnam War. I actually got drafted, got postponement of induction, and found the Navy would let me finish my degree and do research on active duty. I did research in hearing at the Submarine Medical Research Laboratory in Groton, Connecticut. While I was in there, I had an interest in medicine from my graduate school days, and I did a lot of reading in ear, nose, and throat literature. When I left the Navy I had been accepted at U of L School of Medicine. I graduated in 1980. Then I choose ENT and did my residency at the University of Cincinnati. I’m basically from the Cincinnati area. I went into private practice here, eventually limiting my practice to Northern Kentucky. I was practicing solo up until 2006 when it got to be too costly with various EMR requirements, so I joined a 10-physician ENT group. I got interested in organized medicine, and my first position was as a delegate from Northern Kentucky to the KMA meeting.

What was the focus of the KMA Annual Meeting this year?

We had an initiative a couple of years ago when Fred Williams, MD, was president to try to update the KMA and to make it more in tune with the way young doctors practice today. A focus group of physicians looked at the structure and function of the organization and did surveys of the membership to see what services were important to them. As a result of that, the format of the annual meeting was changed, in an attempt to make it more efficient and accessible to more physicians. The focus of the meeting this year was physician leadership. Fred had inaugurated the Community Connector program to recognize physicians active in charitable, non-profit work in their communities. We had nine Community Connectors this year, and I was one of those. As part of that program, a Leadership Academy was rolled into the annual meeting and was open to anyone.

Right now we are blessed in Kentucky to have the current American Medical Association (AMA) president from Lexington [see related story on pg. 4], and Ardis Hoven from Lexington, who was president two terms ago. We also have Bruce Scott, MD, from Louisville, who was just elected as the vice-speaker of the House for the AMA, and Greg Cooper, MD, from Cynthiana, who was elected as chairman of the southeast delegation to the AMA. Right now Kentucky is represented in leadership positions in organized medicine nationally.

What are your priorities for this term?

We’re still working on integrating the goals of the Focus Forward committee. One of our main goals, as expressed by the membership as one of the most important functions the KMA serves, is political advocacy. We’re very active in that through our Legislative Action Commission. Part of the reorganization of the KMA was to change from a committee-based to a commission-based structure.

What are the KMA’s legislative priorities this year?

One is Smoke-Free Kentucky legislation. We also have an interest in the heroin epidemic that’s hitting this state, particularly in Northern Kentucky. On the backburner, but always a priority, is to get some sort of tort reform. We’ve come close in the past.

Although it’s not a legislative priority, one of the issues that’s very important to us as an organization is addressing our membership numbers. Young physicians often don’t think they need organized medicine as much as doctors have in the past. Given the complexity of medical practice these days, I think they need us more than ever. The more they learn what organized medicine does for them, and experience the passion we have for it, the more they will be attracted to membership.

Anything new with the Smoke-Free Kentucky initiative?

The KMA continues to support Smoke-Free Kentucky legislation. I’m also on the board of the Kentucky Foundation for Medical Care, which is looking at new ways to address that problem through public education programs. I think that’s a big step. If you get people aware of the problem, they’re going to be more receptive to modifications of behavior and new legislation.

What other Focus Forward priorities will you be working on?

One of the things the Focus Forward committee brought out was the need for new communication techniques, and so we’ve hired a communications director. We’re trying to modify the way we reach members and non-members. We’ve changed some of our publications. We’re trying to get more involved in social media. One of the highlights of our Leadership Academy at the annual meeting was having Kevin Pho, a national social media guru, speak to us.