Scott Neal, CPA, CFP, is the president of D. Scott Neal, Inc., a fee-only financial planning and investment advisory firm with offices in Lexington and Louisville. Reach him at scott@dsneal.com or by calling 1.800.344.9098.

Change Is in the Air 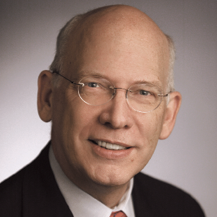 About a month ago, while visiting our college student in Chicago, my wife and I took a stroll down Michigan Avenue (one of my hobbies is people watching, not shopping) and I was surprised at how empty of customers all the high-end stores appeared to be. In pre-pandemic trips we saw those same stores bustling with shoppers. As we were leaving town, I thought we should top off our gas tank. Confronted with $5.99 a gallon, I remarked to my wife, “Can anybody really think this economy is secure?”

In the spring of this year, I expressed my opinion that the Federal Reserve leaders fell asleep at the wheel back in 2021. Their lack of action then has boxed them, and us, into a corner. I imagine it’s like you doctors having patients that simply avoid taking medicine, hoping things will get better. Now it appears that the Fed has every intent on increasing interest rates until they kill the economy. Speeches that contain phrases like, “We will do whatever it takes,” or, “The Federal Reserve is committed to our statutory mandate of stable prices and maximum employment,” are quite revealing. One thing seems sure at this juncture: change is in the air. And I am not talking about the fall Kentucky weather, as nice as it has been lately.

Alluding to recent turmoil in financial markets and growing evidence of stress in the world economy, the October 6th issue of The Economist probably said it best. “You might think that these are just normal signs of a bear market and a coming recession. But they also mark the painful emergence of a new regime in the world economy—a shift that may be as consequential as the rise of Keynesianism after the second world war, and the pivot to free markets and globalization in the 1990s.” The big question is what all this means to you and me.

More than a few people just want to stick their heads in the sand and … their entire portfolio into CDs.

In case you haven’t looked, global stocks have declined by more than 25% and government bonds may be looking at their worst year since 1949. The traditional 60% stock, 40% bond portfolio and a buy-hold-rebalance strategy simply isn’t cutting it. In the last issue, #141, I addressed what we are calling a New Normal and outlined a strategy for dealing with the present markets. If you haven’t seen that issue, I suggest you go back and read it now. If you did see it, re-read it. If anything, the situation has grown worse, not better, and the strategy is working.

De-risk as much as possible. It’s about more than reducing volatility in your portfolio but that is a good place to start. There are better ways to do that than simply buying CDs. It also means reviewing your insurance policies and making sure that everything is up to date on life, disability, and even long-term care. We see so many mistakes made by people who wait until its too late to make sure that beneficiary designations and estate plans are what they want them to be. We recently saw a prospective client whose special-needs child inherited a sum of money outright from an aunt. It was just enough to knock the child out of some rather significant governmental benefits, but not enough to ensure the child’s long-term financial security.

finances (or the chance of making a significant mistake) have perhaps never been higher, at least during our lifetime. If the Fed has to raise rates to the point of causing a recession, it will be painful. The outcry from job losses could result in even greater political upheaval that could, in turn, lead to further missteps at the highest levels of leadership. Conversely, considering the potential for a major shift in global economies and a change in the Fed’s strategies (they are scheduled to reassess those in 2024) we are faced also with unprecedented opportunity for those who are prepared. Not to be discounted for you in the business of healthcare is that our aging population is going to need more of your services than ever before. This is not a time to sit and see what will happen next. Now is the time to act.

Scott Neal is the president of the fee-only financial planning and investment advisory firm, D. Scott Neal, Inc. with offices in Lexington and Louisville. He can be reached via email at scott@dsneal.com or by calling 1-800-344-9098.