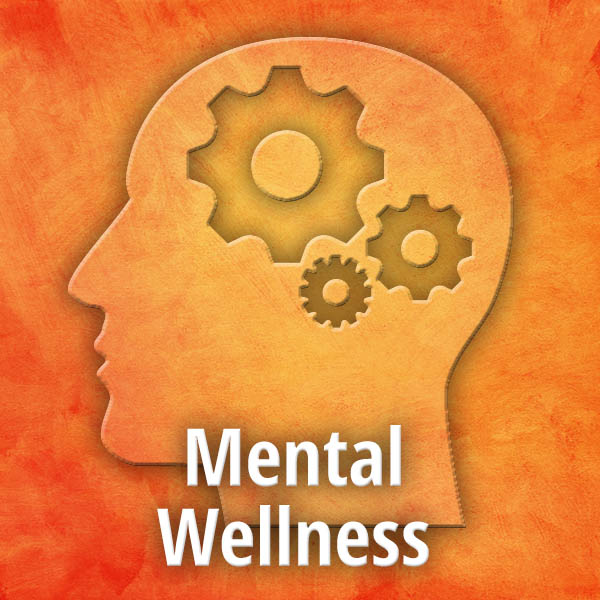 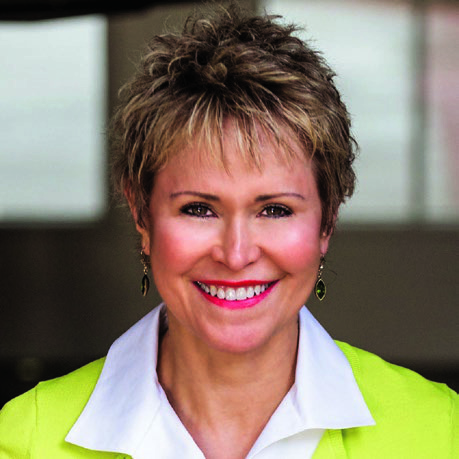 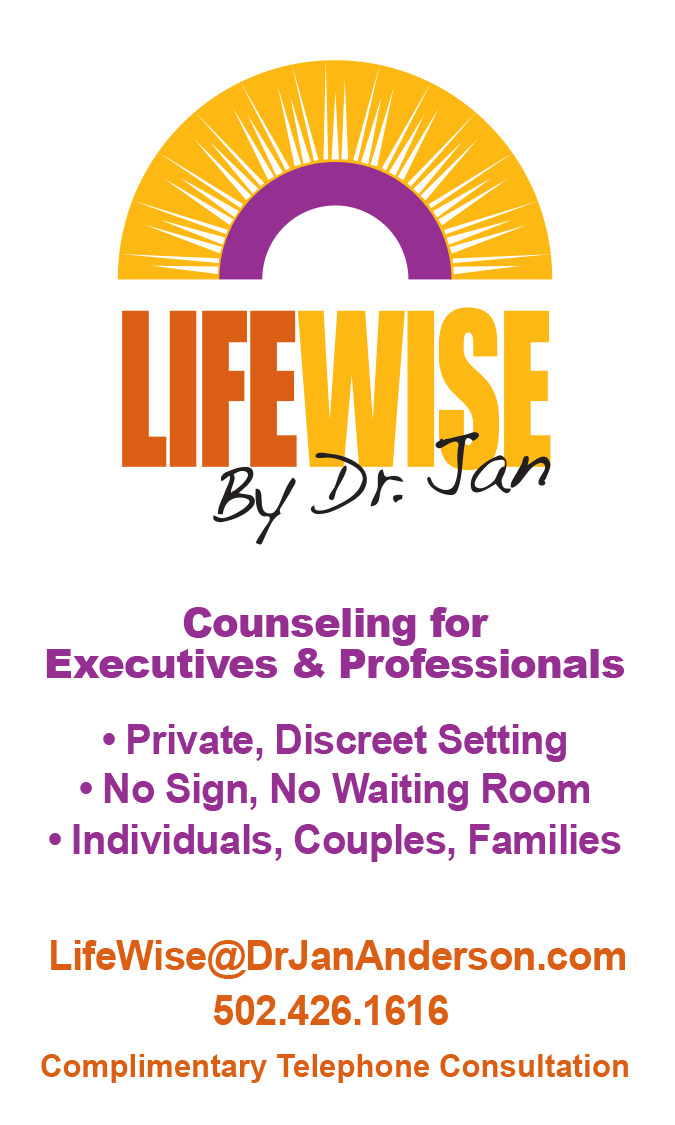 The Art of Giving Selfishly

What cranks your career?

A sense of personal mission to help people heal and to be of service is what drives many of us in the healthcare profession. If you fit this career orientation or are in a relationship with someone who does, you know that making a difference is as important as making a living.

After all, it’s called a helping profession for a reason.

So I couldn’t help but be surprised when I heard Dr. Alex Gerrasimides mention that her husband, Louisville Mayor Greg Fischer, encountered some blowback when he signed a resolution committing to a multiyear Compassionate Louisville campaign on November 11, 2011.

The objection? Pursuing the pledge to make Louisville a more caring city sounded “weak,” according to some concerned city leaders.

Now is certainly not a time for Louisville to be perceived as weak – not when our business leaders are striving to accelerate business competitiveness, economic growth, and job creation to position Louisville in the top tier of American cities.

There’s solid evidence that suggests that statement is true. Just ask Adam Grant, the youngest tenured professor at the University of Pennsylvania Wharton School, who has studied over 30,000 people across dozens of industries around the world’s cultures. He’s looked at everything from medical students’ grades to engineers’ productivity to salespeople’s revenue.

Not surprisingly, the worst performers in each of these jobs were … the givers.

“The engineers who got the least work done were the ones who did more favors than they got back. They were so busy doing other people’s jobs they literally ran out of time and energy to get their own work completed. In medical school, the lowest grades belong to the students who agree most strongly with statements like, ‘I love helping others,’ and in sales, too, the lowest revenue accrued in the most generous sales people.”

So Nice Guys Finish First After All…

Here’s the twist, though: Grant says that in every job in every organization he’s ever studied the best results belong to … again, the givers.

Not the takers, who rise quickly but ultimately fall at the hands of what Grant calls “matchers,” those that give only as much as they get. A matcher’s “I’ll do something for you if you do something for me” approach to relationships may feel too transactional to the rest of us, but that insistence on equity comes in handy when it’s time to take down a taker.

Givers go to both extremes – they are the best and worst performers of every performance metric that Grant has been able to track.

Why? Because in the process of being taken advantage of, outmaneuvered, overtaken – and before they get totally burned out – givers make their organizations better. “We have a huge body of evidence … the more often people are helping and sharing their knowledge and providing mentoring, the better organizations do on every metric we can measure: higher profits, customer satisfaction, employee retention – even lower operating expenses,” according to Grant.

How Givers Get Ahead… Way Ahead

So if you’re a giver, take heart. Now all you have to do is figure out how to move from the over-giver side of the scale to the successful end of the scale. Here’s how it works:

Think of “over-giving” as not so much a bad thing, but as too much of a good thing. Keep the big picture in mind: The goal isn’t to stop giving. It’s to protect yourself from being taken advantage of or getting burned out – so you can keep on giving and enjoying it.
Be aware that the problem with over-giving is that it doesn’t feel like over-giving. In fact, doing anything else would feel terribly wrong. In the mind of an over-giver, the absolute worst thing someone could say about you is that you’re selfish. You’re a taker – the kind of person we don’t hear from except when they want something from us. Almost as bad as a matcher – someone who only gives to get.
Recovery from over-giving requires you to incorporate a small amount of the taker and matcher mentality. Whoa! Did I just suggest that you need to become a little more like the most odious people on earth? Yes. Here’s how it works: Takers feel entitled to take all and give little or nothing in return. A subclinical dose of that mentality is simply, “I count, too” – which translates into the rather matcher-like behavior of requiring more balance in the give/take dynamic.
A bonus: Along with handling the takers and matchers in your world much better, if you have any tendency to feel slightly self-righteous and superior to them (just a guess), you’ll also find yourself less reactive, less judgmental and spending a lot less time ruminating about them.
This is psychological work. (Translation: It will take some time, and you may need some help.)

Here’s what it will look like when you make the shift to successful giver behavior:

You Give with Boundaries

Three-time tech start-up CEO Adam Rifkin suggests, “Think of it as finding small ways to add large value to other people’s lives.” Your time is valuable, so focus on what Professor Grant calls five minute favors, as simple as “making an introduction between two people who could benefit from knowing each other. It could be sharing your knowledge or giving a little bit of feedback. Or it might be even something as basic as saying, ‘You know, I’m going to try and figure out if I can recognize somebody whose work has gone unnoticed.’”

For more involved favors, freelance writer Nadia Goodman asks herself, “If I’m going to spend a lot of time helping this person, is this something I can help with uniquely, or could someone else do it as well?”

You Know How to Receive Well

Being a giver can be addictive. It feels strong, powerful, and darn good to always be the one that knows what to do, knows how to do it, and then does it. Yes, it’s slightly out of touch with reality, but what the heck – it’s whole lot more fun than bumping up against our limitations, our insecurities, and the annoying (and sometimes terrifying) truth that we’re frail and human.

If you really suck at receiving well, here’s some good news: Paradoxically, your giving and receiving doesn’t have to be 50/50 to create a harmonious balance.

One creative client took her first small step toward receiving well by requiring that a third party be the receiver of the quid-pro-quo. Another client simply practiced accepting compliments with, “Thanks! I appreciate that!” rather than his usual “So what do you want?” brush-off.

Successful givers are even good at asking for help. Sometimes they even see it as doing the other person a favor by letting them help!

“Giving is hard to sustain if it constantly feels like a chore,” Professor Grant says. In other words, it’s not selfish to give in ways that you enjoy and find meaningful. It’s smart and sustainable.

For 15 years I was a volunteer facilitator of the Living Through Grief program at our local hospice organization. I loved doing grief counseling and always felt like I got even more than I gave. I observed that one of the most difficult experiences for a grieving person is that those around them are often uncomfortable about what to say to them – so they avoid them, or say nothing, or with all the best intentions say profoundly unhelpful things.

These days I’ve found a way to convert my grief counseling skills into a five minute favor I can offer those I encounter in my everyday life who are grieving a death. It only takes a few moments to simply acknowledge the person’s loss and offer my condolences.

Remember, the goal isn’t to stop giving. It’s to protect yourself from being taken advantage of or getting burned out – so you can keep on giving and enjoying it.

Feel better now? I’m glad I could help. Now please pass this article along to someone who needs it.